Bilbao Biscay offers visitors an incredible mixture of landscape, tradition and modern living. While the region manages to maintain the authentic nature of the Basque culture, its metropolis, Bilbao boasts a modern outlook to architecture, technology and industry. 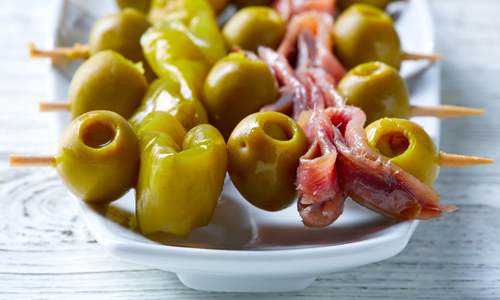 And how could we forget about its gastronomy. The Basque region is proud of its love of the culinary arts, with a wonderful fusion of styles ranging from the very traditional to the most avant-garde.

On a trip around Biscay, visitors constantly find themselves stepping between the past and present. Strolling through the streets of Bilbao, the tremendous changes that the city has undergone in the past few decades are immediately obvious. There is no better example of this than its museums; from the worldrenowned Guggenheim Museum or the Fine Arts Museum, one of Spain’s leading national galleries, and home to masterpieces by Goya, Zurbaran and Vasarely, to the Basque History Museum, the Itsasmuseum Bilbao Maritime Museum and the Archaeology Museum.

The alter ego of this avant-garde Bilbao can be found in the narrow streets of the city’s historic quarter, with its very vibrant shopping areas and its bars where visitors can savour some wonderful “pintxos”. Bilbao, both past and present, is waiting to be discovered.

As you head downstream along the estuary towards the sea, different types of urban landscapes begin to emerge, each with their own distinctive characteristics:
Santurtzi, a port town, followed by Portugalete, which together with neighbouring Getxo stand on either side of the very imposing Hanging Bridge (the Vizcaya Bridge), a UNESCO World Heritage Site. 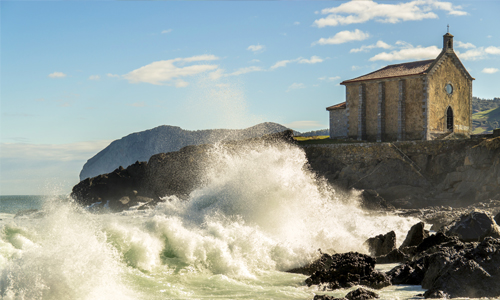 And as we get to the coast and the open sea, whatever your preference, there is still a whole universe to discover with activities that cater to all tastes.

The villages along the Bilbao Biscay coastline, many of which hold the official title of burg (Villa), look out onto a rolling sea that generates the perfectly breaking waves revered by the surfing community; places such as Bakio, whose reputation as the municipality par excellence for txakoli wine, unique to the Basque Country, proceeds it – and for good reason, as can be seen by the recently opened Txakolingunea or Txakoli Wine Visitors Centre; the fishing ports such as Bermeo, with its novel Fisherman Museum (Museo del Pescador), Elantxobe, Lekeitio and Ondarroa; the Urdaibai Biosphere Reserve, home to the Euskadi Biodiversity Centre housed in the Madariaga Tower, … 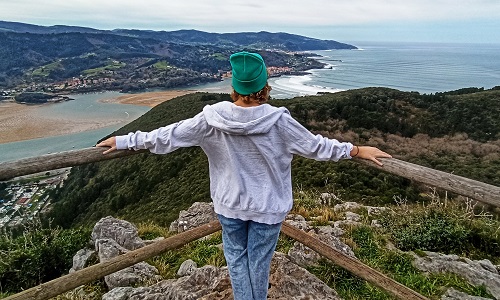 But let’s not forget the remarkable places waiting to be discovered as you head inland, places such as Karrantza and its award winning Pozalagua Caves; Balmaseda and its medieval bridge where visitors can also tour the iconic nineteenth-century beret factory, La Encartada; Durango and Elorrio, home to the Argineta cemetery and necropolis, with its monumental tombs, as well as its medieval quarter; Guernica-Lumo, with the Sacred Tree (Árbol Sagrado) that symbolizes the traditional freedoms enjoyed by the Basque People, the Assembly House (Casa de Juntas) or the Peace Museum whose exhibition reminds us of the infamous bombings during the Spanish Civil War; not far from Guernica is Santimamiñe and its caves, also a UNESCO World Heritage Site.

Discovering the Bilbao Biscay area and its tourist attractions is now easier than ever thanks to the Bilbao Bizkaia Card. More than 25 places of interest that can be quickly discovered on this all inclusive card. And to make life even easier, all public transport operating in the territory (except RENFE FEVE commuter trains and Puente Colgante).  Now you have no excuse not to immerse yourself in the Biscay experience. Bilbao Biscay, thinking in you at all times!